{Just Write} I thought we were losing her

It was a Saturday in early December 2009. We had just eaten lunch at Moe's and were going to take Aidan and Logan to my mom's house while we went to a friend's Christmas party. We walked out the door and were on our way to the car when I felt something and knew I needed to get to the bathroom immediately. I ran back in and sat on the potty and felt a gush of bright red blood. I was overcome with panic, because at 5 weeks pregnant, that's probably one of the most terrifying things that could happen.

The bleeding wouldn't stop, so I stuffed a bunch of toilet paper in my underwear and literally ran through the restaurant outside to Adam and the kids, in tears. "I'm bleeding," I whispered to him, so the kids wouldn't hear. We didn't really know what to do, so we got in the car and started driving. I remember crossing my legs tightly like that would somehow do something. Adam kept asking me what to do, asking me if we should go to the hospital. I knew there wasn't anything they could do, but I got on the phone and had my on-call OB paged. We ended up in the parking lot of an urgent care that was close by, and I remember the OB telling me there was no point in going in. If I was miscarrying (it was like a knife through my heart when she actually said the word), there was nothing they could do this early on. She wanted me to go home and stay in bed for the rest of the weekend and made an appointment for me to come in on Monday.

The kids were so confused and probably scared, they had no idea why mommy was hysterically crying in the car. Adam kept telling them it was going to be ok, I got sick, but I'd be better soon. As we were on our way home, I called my mom crying. I managed to choke out in one sentence that I was pregnant but I was bleeding and I was scared we were losing the baby. Not at all how I had intended to share the good news with her.

The rest of the weekend I just laid in bed afraid to move, and cried and prayed and cried some more and prayed. Not sure I've ever prayed so hard for anything in my entire life. The bleeding tapered off by the next morning, but I had no idea if that was a good sign, or if the worst had already happened. I dreaded every time I had to go pee, fearing the sight of blood on the toilet paper.

By Monday, I was emotionally spent. I called in sick to work and made it over to the doctor's office for my appointment, where I sat, all alone, assuming the worst. To pass the time, I checked my email. In a bizarre coincidence, I got an email that very morning from a high school friend announcing that she was pregnant and due within days of when I would be due. While I was so happy for her, I couldn't help but feel jealous that she was singing her good news from the rooftops while I was waiting to hear my fate. It just felt so unfair at the time.

When the ultrasound tech called me back, she told me that at 5 weeks 5 days pregnant, the likelihood of seeing a heartbeat yet was slim, so I shouldn't get my hopes up. She prepped the wand while I held my breath, tears falling. It wasn't immediate, but I saw a smile come across her face as she showed me a sweet little heartbeat. I was overcome with relief. I was still pregnant, and there she was. My baby. My Lorelai.

There was never any more blood (the doctor suspected a subchorionic hematoma, but there wasn't evidence of it on the ultrasound so it's still a mystery), but I still dreaded every time I wiped for the rest of my pregnancy, and it took a while before I could go to Moe's again without that terrible memory coming back to me. But it all worked out, and the rest is history. Maybe it was a blessing in disguise, because even though that incident caused a lot of anxiety during the rest of my pregnancy, I appreciated every day of it more than I might have otherwise. Nothing like being slapped in the face with the prospect of losing something to make you truly appreciate it. 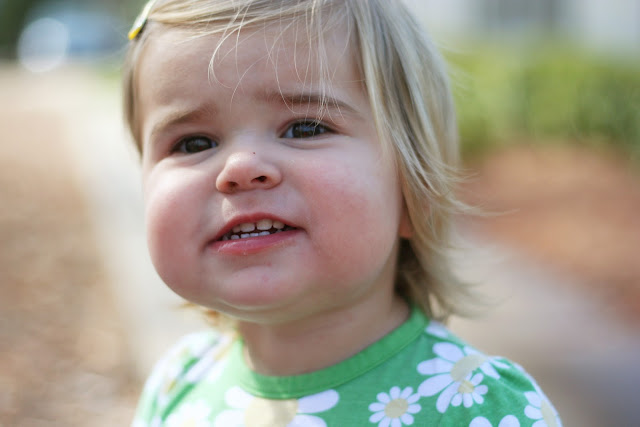 PS: In another coincidence, my high school friend and I both had our babies on the same day, just hours (and a couple states) apart.

Linking up with Just Write.
Posted by beckyj @ A Lazy Crazy Life at 6:34 PM