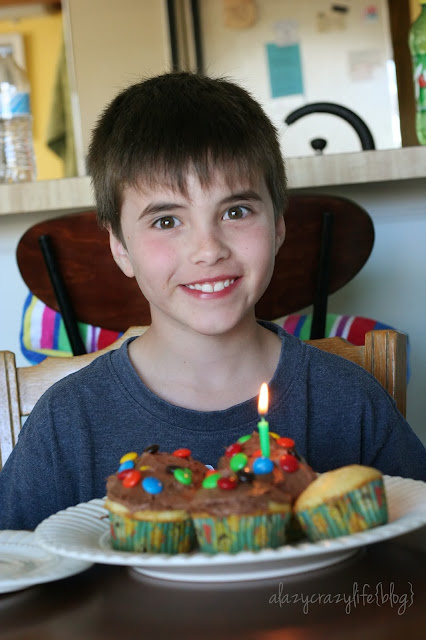 I was thinking about it this weekend, and I realized he's halfway to adulthood. What?! How can that be? In as many years as I've had this amazing person under my roof, I'm likely going to be packing him up and sending him off for new adventures without me. Without me. Right now, I can't bear the thought. I'm sure as time goes on, I'll be ready, but that thought kind of blows my mind right now.

In what's now an official tradition, we celebrated Aidan's birthday at the beach. This time, a few days early. It was very low-key, as usual. Just the five of us and my mom, with pizza and cupcakes. And this year I didn't even bother with any lame decorations. But that's still just fine with him, and I'm not one to argue with going to the beach or making things as simple as possible. :) 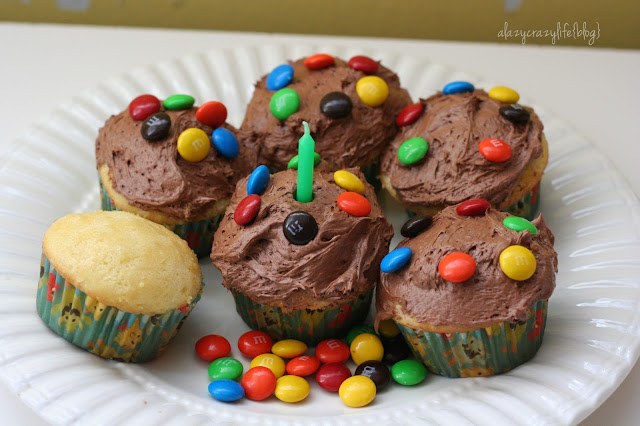 Of course, simple cupcakes couldn't actually be simple. No chocolate for Lorelai--we found out the hard way last year that she won't sleep if she has chocolate before bed. And on the other hand, Logan won't eat anything unless it's ONLY chocolate. So a handful of M&Ms for him. Eh, I aim to please.


I worried about what to get him since I don't really want to buy any toys "just because" I wanted to wrap something. So I became our dentist's worst nightmare (or best dream?) by wrapping up a bag full of treats, so he'd have something to open at his party (ok, and I'm hoping he'll want to share--he usually does!). We wanted to save his real presents from us for his actual birthday. 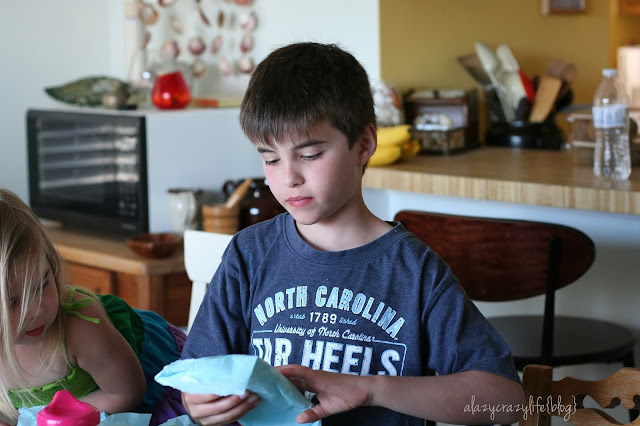 He's really not that into many toys right now, anyway. He's still into books though, and more recently, into comics. He's checked out numerous Garfield books from the library, so Adam and I decided to run with that theme and get him a monthly subscription of the Justice League of America comic. Not exactly Garfield, but we think he'll like it.

And he and Logan have both talked about wanting to save up for the Lego Death Star, so they've decided that Lego store gift cards would make really nice gifts until they have enough to buy it together. They'll be saving up for a while, but it'll make gift-giving a bit easier until then. :) 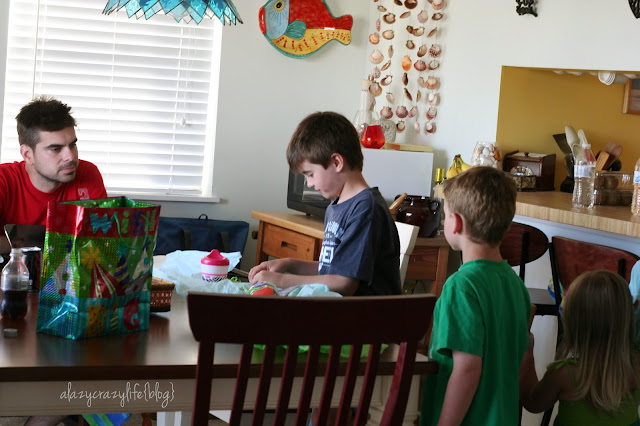 Other things I always want to remember about Aidan at age 9: 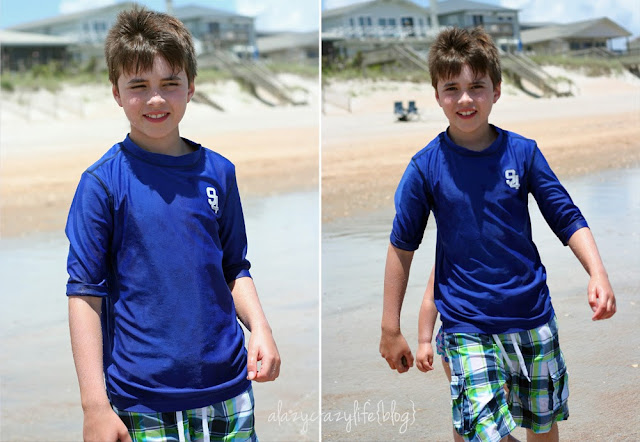 To my sweet Aidan Benjamin, the one who made me a mom: I'm in awe of you every day. Of how you continue to be an amazing big brother to Logan and Lorelai. Of how you keep growing and learning and adapting, surprising me all the time. You're so smart, charming, witty and engaging. You're kind, responsible, caring and helpful. You're everything I could have hoped you would be and more. I love you with all of my heart, and I'm just so stinkin' proud and lucky to be your mom.


May all your wishes come true! 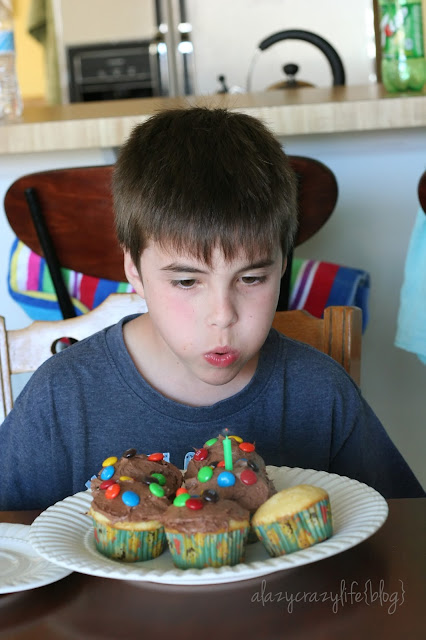