And by "Beaver" I really mean "Bieber" but Aidan has a complete mental block on the name. Every time he says it, it comes out as Beaver. I'm officially tired of correcting him, so from now on, he will be forever known as Justin Beaver to us.

Aidan has been growing out his hair so we've been joking with him that he looks like Justin Bieber. He was all "Justin who?" so I had to pull up a picture of "the Biebs" and explain who he was (while silently being grateful that he had not already caught the Bieber Fever from the girls in his class). Now that Aidan knows who he is, it's apparently been a regular topic of conversation amongst his classmates. He's learned all sorts of fun things about him like "he's a singer, he has a girlfriend and he kisses lots of girls." Oh my. If he starts going around getting girlfriends and kissing lots of girls, I guess I only have myself to blame for ever comparing him to the Biebs in the first place! Although it certainly wouldn't hurt my feelings if he became a famous singer. ☺

So what do you think? Twinsies? 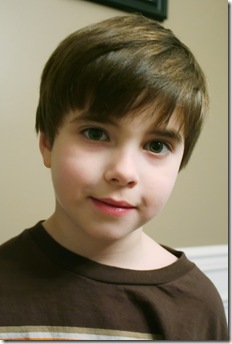 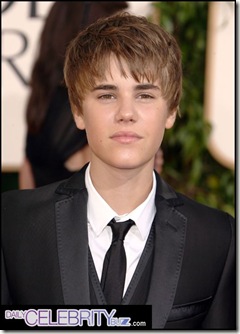 In other related hair news, Logan now hates his curls. He wants to "tear them out" because they're ugly. Welcome to my world, kid. He pretty much got my wavy/curlyish hair, so I know how he feels. (I always wanted silky straight hair and I've only recently begun to embrace my natural waves.) Maybe Logan's just jealous that he doesn't have hair like Justin Beaver? I should probably come up with a celebrity who has hair like Logan. Any suggestions? I think Justin Timberlake has curly hair when it's longer. Think I could convince Logan's he's bringing sexy back with his hair? Just kidding. There's no way I'm introducing the term "sexy" to my 4-year-old!

Anyway, he just got it cut last night, so it's not as curly. Hopefully that'll stop the complaints for a while. And any desire to cut or tear the curls out himself...yikes! And for the record, I love his hair (although I think our hairdresser got it a bit too short in front this time)! 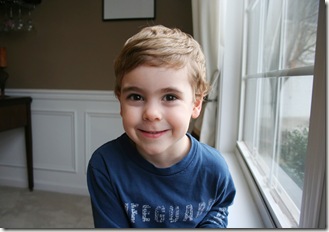