As the Supreme Court hears cases this week regarding gay marriage, I thought it was appropriate to re-post some of my thoughts on the subject. The excerpt below is from this post I wrote in September 2011.


I don't like the thought of a world where my kids are told who they're allowed to love. Obviously I have no idea whether my kids will be gay, but if they are, I just want them to have every happiness they deserve. Simple as that. I don't want them or anyone else who's gay to feel like a second class citizen. Adam and I are teaching our children to have compassion and accept all people equally. To not be bullies, to not make fun of people, to not call people names, to not judge people. Yet that's exactly what these conservative lawmakers are doing.

I don't care what you say, I will NEVER understand how a gay couple getting married in any way threatens my marriage. Was it Howard Stern who first said this? Not sure, but I totally agreed when I saw it going around as one of those viral Facebook statuses. "So let me get this straight... Larry King is getting his 8th divorce, Elizabeth Taylor is possibly getting married for a 9th time, Britney Spears had a 55 hour marriage. Jesse James and Tiger Woods are screwing EVERYTHING, yet the idea of same-sex marriage is going to destroy the institution of marriage?? Really?"

I sincerely hope that the outcome of the Supreme Court hearings turns the tides on the gay marriage debate and begins to pave the way to equality for all. Love is love and ALL Americans deserve equal treatment under the law. 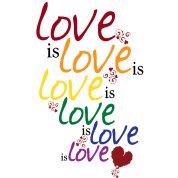 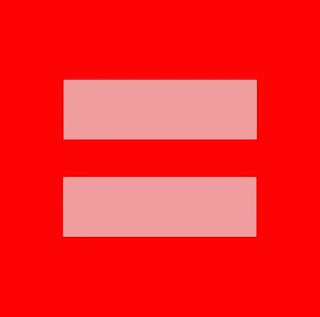 PS: You can find more of my posts on this subject here and here.